Notice: All images are the exclusive property of Trevor Richards. They are made available for your personal viewing enjoyment only. No images are within the Public Domain. The photographs may not be copied, reproduced, redistributed, manipulated, projected, used or altered in any way without prior express written permission. 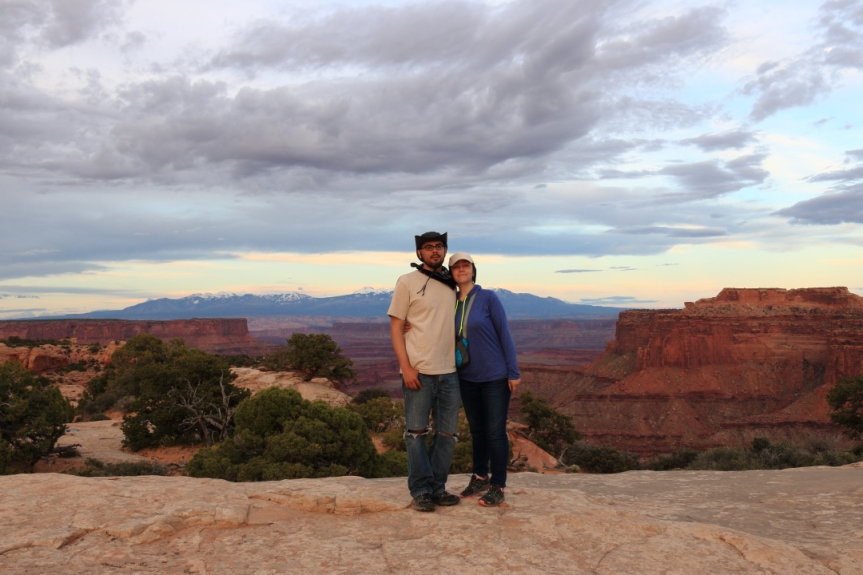 Allison and I just returned from a 10 day camping and hiking trip through some of the national parks of Colorado and Utah. This was our first trip that far west and by far the most distance driven in such a short amount of time. When it was all said and done, the car odometer said we drove 4,021 miles, about a thousand more than I originally thought, an understatement that was mainly due to fuzzy math combined with road fatigue.

Over the course of the trip, we traveled through the states of Pennsylvania, Ohio, Indiana, Illinois, Iowa, Nebraska, Colorado, Utah, Kansas, Missouri, and West Virginia; passing through a handful of major cities, including Toledo, Chicago, Omaha, Denver, Kansas City, Topeka, Indianapolis, Dayton, and Columbus. We visited and/or camped in a handful of national parks, including the Colorado National Monument, Arches, Canyonlands, San Juan National Forest, Canyons of the Ancients, and Mesa Verde.

Yes, all the cliches about the west are true. Everything out there is huge. Any sense of space and distance gets thrown out the window once the field of view is determined by miles instead of feet. Its a strange thing to see something that’s fifty or a hundred miles away. Its also a strange thing to drive thirty minutes in one direction and the skyline more or less stays the same. Its hard to explain.

Luckily, the camera can help fill the gap where words fall short and this was definitely a good place to take pictures. Everything seemed to frame itself on its own, especially in the dramatic landscapes of Southeastern Utah. I’ve joked before that a novice photographer in these places could drop a camera, have it go off, and the picture would turn out looking like a postcard. This place is just so visually interesting that its really hard not to take a good picture. 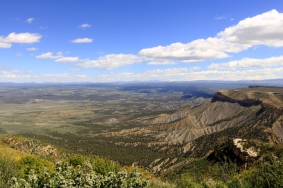 North Western View of Colorado, as seen from Mesa Verde. 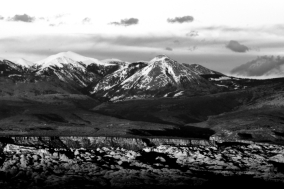 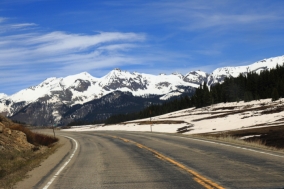 View from the back of a truck, San Juan Nation Forest, Colorado. 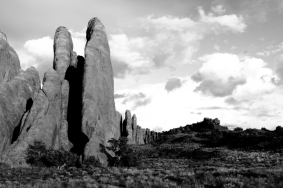 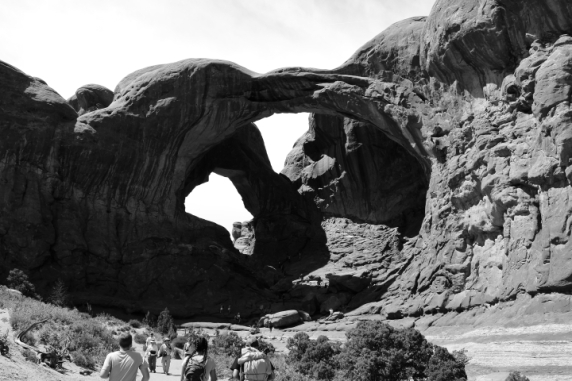 Distant view of Fisher Towers, the Colorado River, and canyon walls as seen from 128, Utah.

This was also the first time I really committed myself to exclusively shooting in the RAW format, which I think really paid off in the long run since I had some flexibility in white balance, exposure, and saturation, among other things. This also gave me the chance to choose between black and white and color versions of different scenes, rather than being married to one or the other.

Shooting in the harsh daylight had its downsides, but the extra light allowed me to mostly shoot in iso 100, f10 on most of my landscape scenes. I think I was able to get a few as high as f16 for that extremely crisp in-focus look. Most of the time I was shooting hand-held because we were often hiking and I didn’t want to lug a 5 pound tripod in addition to a 20 pound day-pack. It was a nice learning experience, for sure.

All in all, I think I shot about 1300 photos, many of which were doubles or even triples of me trying out different exposures. That said, these landscape shots are just the tip of the iceberg, so to speak. Allison has a ton on her cellphone too, so I am sure there will be a follow-up post coming soon.